Auto auctions in Japan are the most popular way of selling and buying cars. From the total number of cars being sold at the Japanese Auto Auctions vast majority are used cars. The Japanese Government has been stimulating owners of motor vehicles to buy a new and ecologically friendly cars thus pushing owners to sell their cars.

In 2013 the Japanese owned over 80 million motor vehicles1 per 61 million population aged 15-64 years old, meaning that every single adult owns about 1.4 cars. Although knowing that there are a big number of motor vehicles owned in the relatively small territory of Japan, selling used cars sales and purchases of used cars from Japanese Auto Auctions have been the most efficient and quick method.

In average some 20,000 motor vehicles per day are available from Japanese Auto Auctions and numbers may vary from 9,000 to 56,000 motor vehicles2 depending on the day of the week. The largest Auction Houses are USS Tokyo, USS Yokohama, USS Nagoya.

Efficient and Cost effective. Why efficient – that is arguably the largest used vehicles marketplace on the planet. Over 180,000 cars are taken to the auctions around the country every week that comprise the complete variety of models being manufactured in Japan with addition of numerous foreign make models. One of the big advantages – you can always find what you want and accommodate your budget according to the numerous specs variation of the pre-owned vehicle of your interest. The rules of the market are the same in Japan. Low mileage, No accident history and newer pre-owned cars will be selling at a premium price. The opposite will be high mileage, repaired after accident and older cars will be selling at a bottom of market price. Basically if you have a realist budget – you are sure to match it with corresponding to your budget condition and other specs of the used car you are searching for

Auction Mileage verification system. Only few commercial organizations have access to that closed and carefully guarded system that ensures that pre-owned vehicles sold at the auctions have genuine mileage displayed. This system checks both extensive auction history data and maintenance records at the dealerships which record mileage when they do maintenance or repairs

While auction system in Japan is benefit for both sellers and buyers it doesn’t guarantee a perfect used car for a buyer. Each Auction House has its own grading approach for the specific car to be sold at the auction. The same car graded as a car in a good condition (4 in Japanese grading system) in very humid prefectures can be graded as a car in satisfactory (3.5 in Japanese grading system) condition in Kansai area.

Decision on performances of an engine, transmission and suspension is made during 15-20 min assessment at the auction house. Major flaws are pointed out immediately however smaller problems may come up only later on. There are limitations what auction house guarantees in terms of working condition of each major component in the vehicle. These limitations are different from auction to auction which make the process of returning the vehicle to the auction ( in case of a technical flaw that was not reported) a very time consuming task.

Another issue would be time needed to learn the auction system itself, its peculiarities and process to follow to complete a purchase at the car auction. Japan Partner Inc offers two ways how to participate at the auction. 1. You can tell us the model of your interest and tell your budget for it so we can search and purchase the quality used Japanese car within your budget. 2. You can choose the used car to be purchased using our auction system and put your own bids in order to buy it.

IF YOU WOULD LIKE TO PARTICIPATE IN THE AUCTION THROUGH OUR COMPANY PLEASE VISIT this web-site for more information: Auction service or send us email at info@japan-partner.com or call our office in Nagoya, Japan at +81-567-94-0015

«I vouch for what they say (about condition and pre-shipment inspection). I have a GTO from them and when I was to change all fluids, it was all clear. The transaction was as smooth as it could be. 5 stars.» 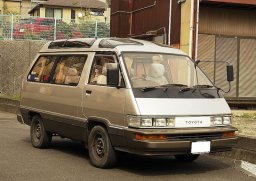 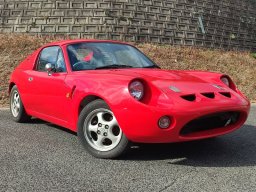 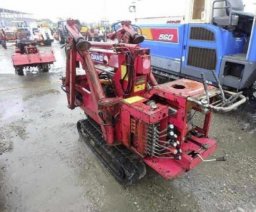